After CongopunQ’s first trip down the river of primal rhythms, (Candy Goddess, 2008) Cyril Atef, the master mathematicien of bongo-beating, pivots his U-Boat persicope towards Congoville. rusting his pink torpedo into this crazy city of cosmopolitan pop, the bipolar madness of “Up and Down” recaptures the congotronic utopia. ere, inside the Tom Tom Club, the court of the African underground, visitors can savour a glass of “Pink Water” or inject some “EPO.” Never in vain, chemical slaves dance on long extinct volcanoes as Cyril Atef, never a downer – boxes the synthetic shadows of our time – li ing the dark veil to snatch a smile from “Lady Gaza,” the beautiful prisoner of our existential moaning.

True to the title “Underground”, Atef is a precious species of French artist who multitasks on a diverse array of subterranean projects, such as congopunQ, Olympic Gramofon and Bumcello, while at the same time, maintaining the heartbeat of the mainstream scene with -M-, Bernard Lavilliers, Alain Bashung and Salif Keita. For twenty ve years, he has cracked the groove codes of global sound – Great Black Music, Africa, the Antilles, Brazil, Arabia, jungle, rock – possessing not only the clockwork precision of the studio musician, but also the optimistic amboyance of the showman(iac)

CongopunQ is folk-voodoo carnival. Atef’s tribal incantations are animated by the trance-dada performances of his stage accomplice, the bearded Doctor Kong. Together, a congopunQ concert is a joyous congregation of bewitchement through which the audience’s cosmic forces are liberated into a giant energy of funky oneness. is is a trance fuelled natural high without any chemical additives, right Doctor Kong?

In the studio, congopunQ recoils into a single headed multi-tenticled creature, Cyril Atef – a one-man-band surrounded by a collection of weird toys : recycled drums, Iranian percussion, gnawa clackers, samplers, all kinds of rhythmic gris-gris. On this new feast of experimentation recorded between Paris and Los Angeles, guest artists include; Hilaire Penda – champion of the Cameroon bass; Seb Martel – the guitar hero behind Las Ondas Martelas, Camille and Piers Faccini; Louisa Ould – the siren’s voice on the album’s most haunting b-side “Trip With Me.” Lateef e Truth Speaker, an MC from Oakland’s mythical Quannum Projects, sprinkles his magic onto “You Can Get It,” while three gospel singers donated their lungs to several of the Parisian recordings. In the Los Angeles sessions, Atef reunites with his cosmic twin brother Tommy C Jordan of Geggy Tah and Bumcello. Other Californian guests include the keyboardist/mixer Scott Kinsey and Zack Montana, a een year old neighbour whose purity and longing resonates through the bathroom mist of “Peeping Tom.” 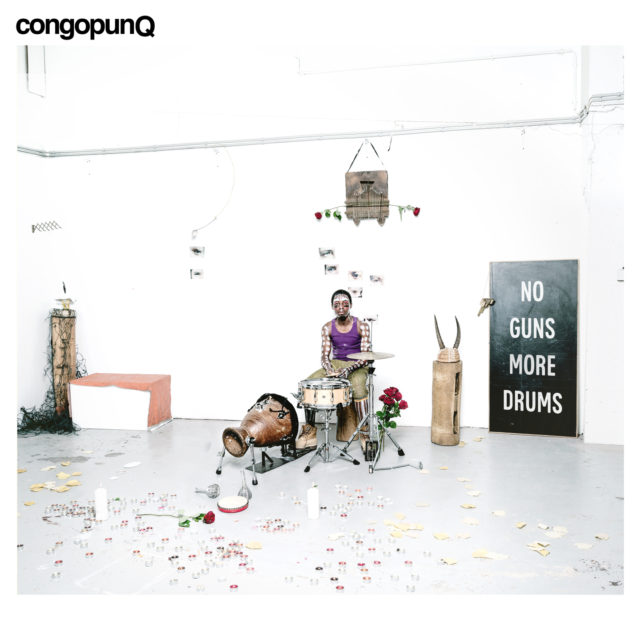 Shake It All Out